The members of the Calabretta family have been viticulturists for four generations and have produced wine since the 1970s.  The present owner, Cataldo Calabretta, studied oenology and viticulture in Milan and worked for various estates in Italy from 2000 to 2008. In 2008 he established this estate with his sisters Maria and Michela. Between 2008 and 2012 the old cellar was restructured together with the existing glazed concrete vats (these are frequently found in the cellars of southern Italy).  The philosophy of Cataldo is focussed on the production of Cirò Rosso, an ancient wine the origin of which goes back to the Greeks and the Byzantines. This Cirò is made exclusively with Gaglioppo grapes, the vineyards are on the rolling hills and the vines are freestanding. Cataldo says that his Cirò is the expression of the century old experience of the “Cirotani” viticulturists and that is why the “arciglione” an instrument used to prune freestanding vines in this area is designed on the label. Learn more.

The estate is certified organic. 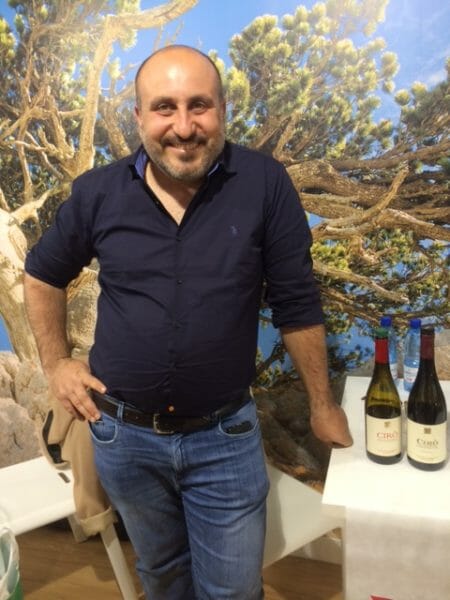