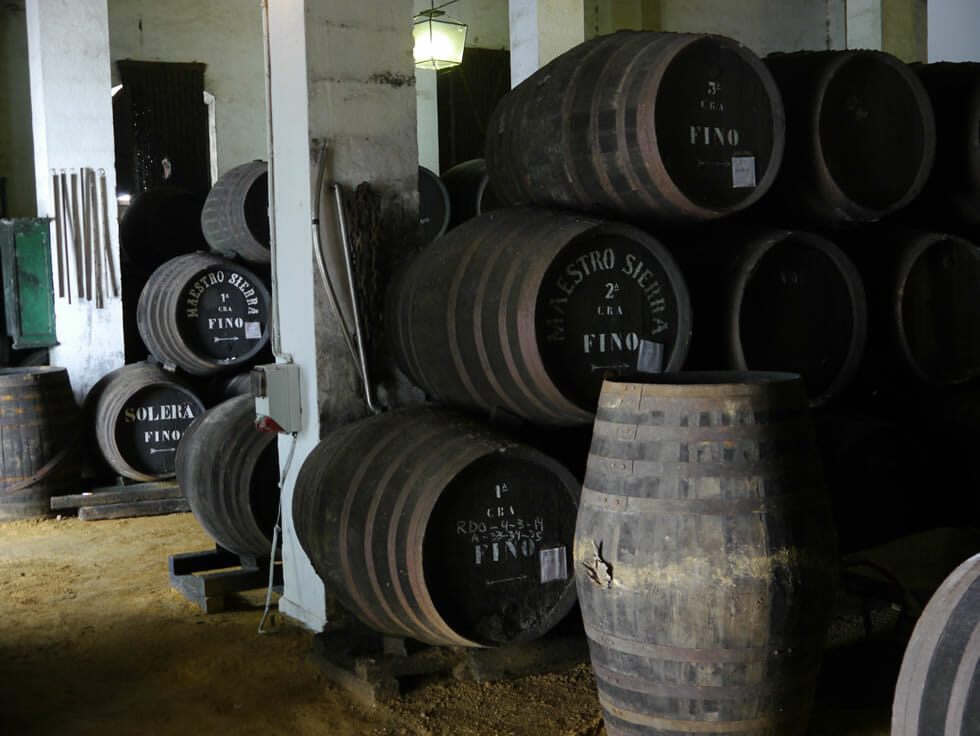 A winery founded in 1832 by Jose Antonio Sierra, who was a master carpenter. As a master carpenter he was responsible for building barrels for all the major Sherry houses. Recognized as one of the top coopers in the area, he longed to become involved in the Sherry trade itself. In 1832 he set about building a small winery with the aim of making the best Sherries possible. As this business was dominated by the nobility, a start-up such as his was not very welcome. After many hardships he was able to establish and grow his business becoming one of the top Almacenistas (stockholders) of high quality Sherries. Poking fun at his struggle, the label depicts an allegorical fox hunt with the “Nobles” hunting the fox (Maestro Sierra).

Pilar Pla Pechovierto currently owns Maestro Sierra. She is assisted by Ana Cabestrero and Juan Clavijo who is the Capataz (more below on the job description of a Capataz). Doña Pilar is a widow whose husband was a direct descendent of the Sierra family. She respected her husband’s wish that the winery remain in operation and over the last thirty years she has kept the winery open, selling very limited stocks of wine to a few of the large Sherry houses. Because the wines have virtually remained unmoved due to the almost non existent business, the stocks at Maestro Sierra are some of the oldest in Jerez.

Juan Clavijo has been the Capataz of the winery for over fifty years. The capataz is essentially the cellar master and is in charge of all the wines once they have been transferred in to the casks for ageing and designation. He is the one who decides which wines will become Finos, which will become Amontillados etc. He is responsible for tasting all the barrels and deciding when to rack the wines. He has been at Maestro Sierra all his life and knows the treasure it contains. He does everything by hand and in accordance to the old traditions.

In 2003 Ana Cabestrero was brought on board to oversee the winery. She came to Jerez looking for an escape from her family’s Ribera del Duero operation. In what many in Spain would consider a questionable move she left the comfort of her home and moved to Jerez to find a job in viticulture. I had met Ana before in Ribera del Duero and she was then and is now an independent and fiery person. To move to such a male dominated area and look for a job in a sector experiencing regressive growth was bordering on insanity. When she landed at Maestro Sierra she immediately recognized one of the great treasures of Spain. She has moved quickly to get the wines out into the market and get the recognition they deserve.

The treasures of Maestro Sierra are many. They enjoy a unique location in Jerez. From the back of their building in El Puerto de Santa Maria they have a clear shot of the Atlantic Ocean. This unique location in Jerez is one of the keys to their terruño. Their geographical situation allows for the flor at the winery to be present all around the year, giving their wines a unique quality. They have been buying their grapes from the same suppliers for many decades and these growers are known as having the best and oldest parcels within Jerez Superior.

The other important aspect of the winery is that since the wines have seen little sales the stocks have remained virtually untouched for the last thirty years. The soleras at the winery are easily over 60 years old and some might be close to 100 years old. The larger houses have pillaged their old soleras, leaving them with little old wine. Unfortunately the legislation only allows for wines to be labeled as old as 30 years old (VORS). They also maintain an inhouse cooper to uphold the tradition of their heritage. By anyone’s standard the crown jewel of Sherry is Maestro Sierra. Learn more. 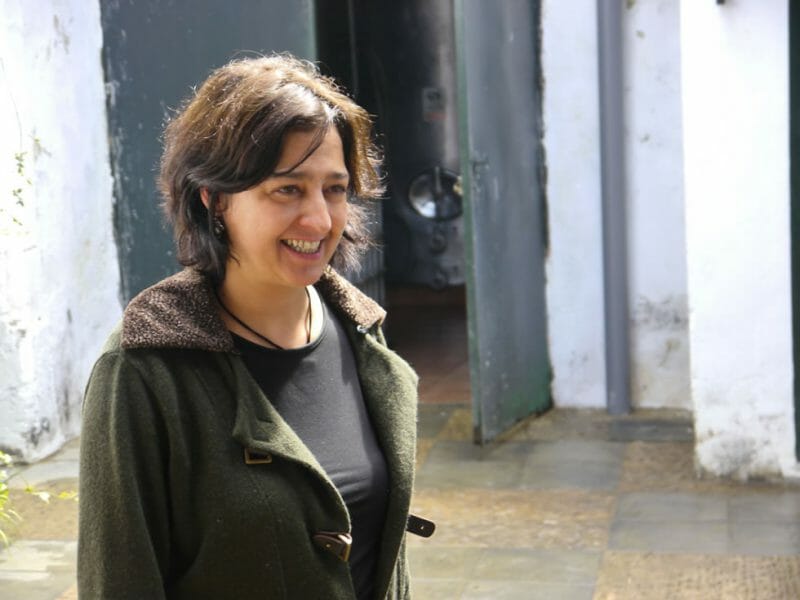 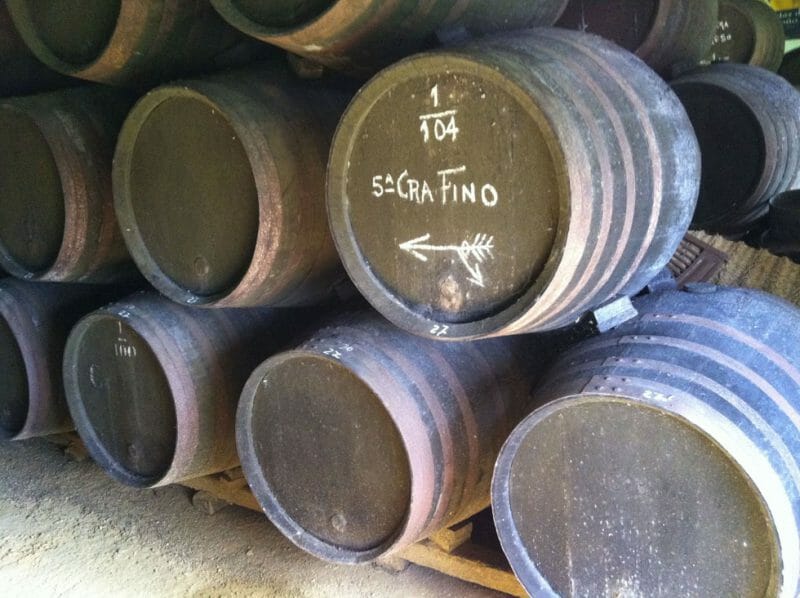 A criadera of Fino barrels. Photo by Steven Alexander 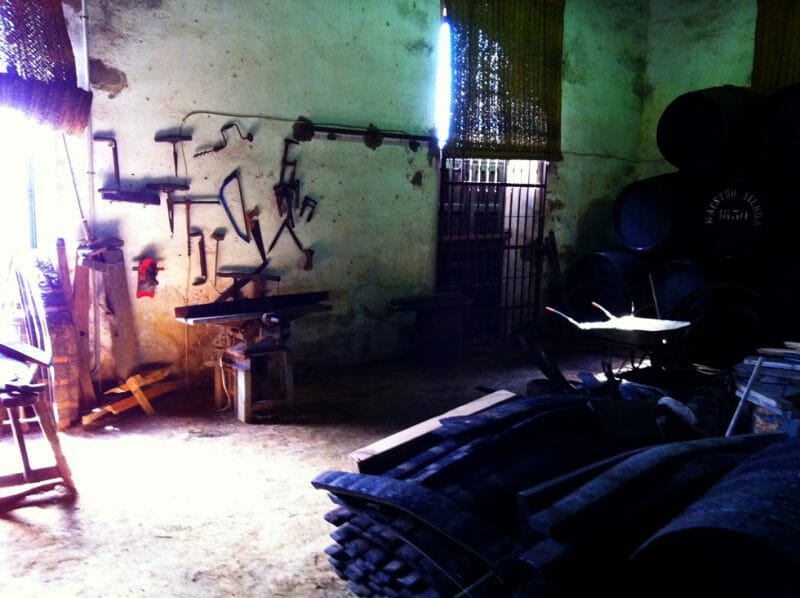 Old and damaged barrels are repaired at the bodega. Photo by Steven Alexander 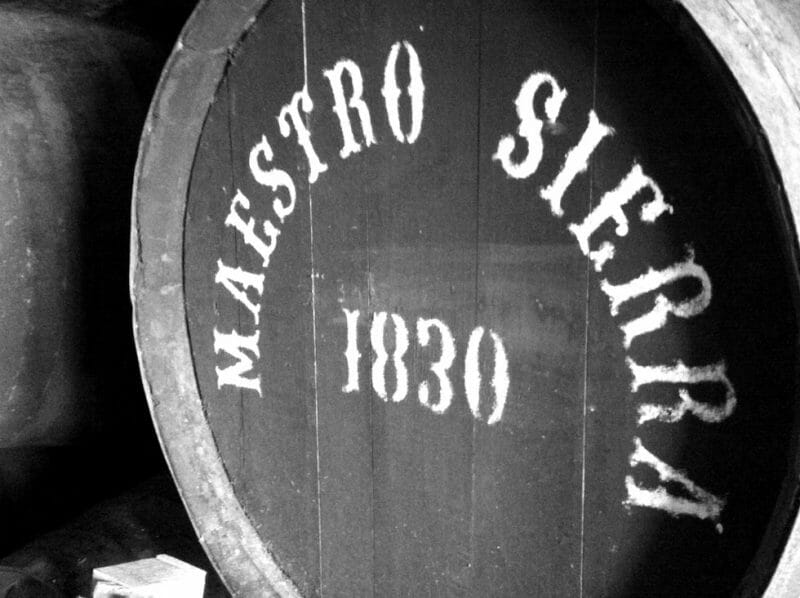 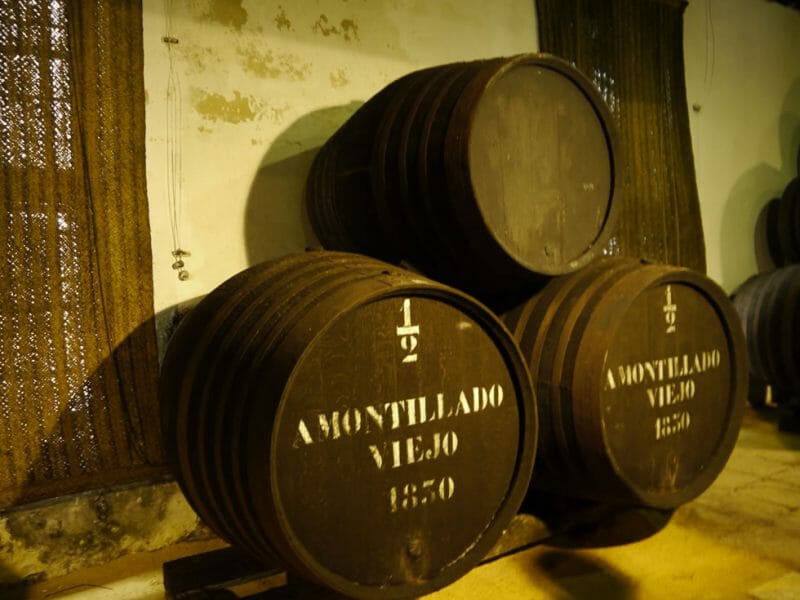 The two-barrel solera of Amontillado started in 1830