The “Azienda Agricola Mori” is a historical name of the Chianti Region, one of the first estates that started marketing wine in Europe and in the United States. The activities of selling bottles and flasks continued till the end of the twenties. After the second World War wines were sold by the bulk until Giacomo Mori took over the management restructuring the cellars and replanting the vineyards so that in 1998 production was started up again on a large scale.

Founded in the 1880’s, the Giacomo Mori estate today is a model small family farm in the Tuscan countryside. With ten hectares of Sangiovese, Giacomo, his niece Lydia Arcangelo and their team produce a delicious, quaffable Chianti in their renovated cantina. Stainless steel and neutral Slovenian casks are the norm for aging and the ancient grotto of tufa (the underground cantina) maintains a perfect cool temperature in every season. Learn more.

Giacomo Mori is perhaps the single most overlooked producer in all of Tuscany. Specifically, the estate’s Chianti is one of the most delicious, affordable wines readers will find anywhere in the world. Mori’s straight Chianti is done mostly in cask, with some tonneau.  For my money Mori’s straight Chianti is one of the most compelling expressions of Sangiovese anywhere in Tuscany. In fact, in any other region, that wine would sell for 50-100% more. 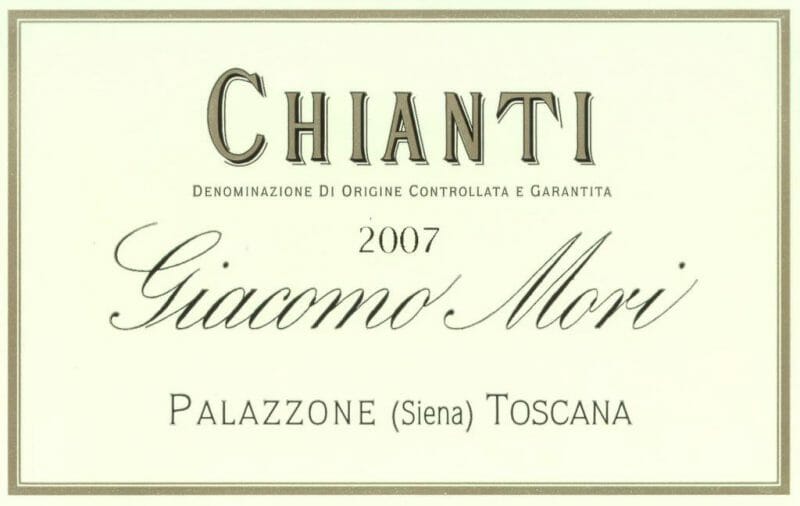